Henry Bockman has also received The Daily Points Of Light Award, and several awards from the Power Washers Of North America, and other contractor and networking organization awards.  Find out more about Henry Bockman here.

Our mission at PowerWashCompany.com is to provide outstanding services and quality work, at a reasonable rate. We believe the best way to achieve this goal is to train our technicians and to keep updated with new procedures for the many types of services we provide.

PowerWashCompany.com also provides commercial pressure washing and maintenance services for commercial and industrial properties in Maryland, Virginia, DC and other states on the East Coast, it also holds government contracts for local universities and facilities. 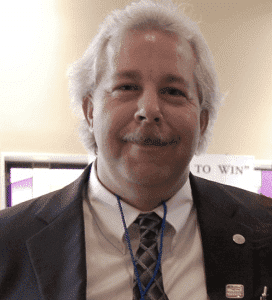 Henry Bockman is a Navy Veteran that served with the F-14 Squadron “The Starfighters” on board the USS America as an Aviation Ordinance man that specialized in F-14 weapons systems.

Since 1989 Henry Bockman has dedicated himself to learning everything he could learn about the power washing industry In 1995, he started working with several other Industry leaders and the Power Washers of North America to help create many of the power washing classes in existence today.

Bockman is an approved instructor for the Power Washers of North America and was involved in teaching, and creating courses for the PWNA, Alliance Trade Educations Services and the Contractors Foundation. He teaches seminars for organizations on how to perform pressure washing services and has helped Hundreds of contractors to improve their companies through seminars and his training classes. He is also a regular contributor to the media and News agencies for his knowledge and expertise on Pressure washing and Ice Dams. Bockman has taken nearly every power washing course offered by the PWNA, earned both Environmental and Wood certifications from the Power Washers of North America, Taken courses from Wolman, Jahn Masonry and Restoration services, Seal N Lock, American Builders and Restoration, BASMA, Cathedral Stone, Alliance Trade Education Services and The Contractors Foundation. 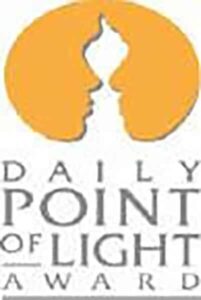 Henry Bockman was named the Daily Point of Light for the date of March 12, 2007. The Daily Point of Light is granted to individuals who reflect the spirit of the Points of Light Foundation, and he is the 3418th recipient of the honor. Henry Bockman believes in the value of businesses drawing from their expertise to impact their own communities in positive ways. He has applied this philosophy through his own business over the years, and, for his various public contributions, has been honored by the Points of Light Foundation with his own designated day.

In 2003, Bockman created a nationwide program called “Clean Across America” that called upon individuals who did pressure washing and restoration services to come together to clean parks, playgrounds and public gathering places. The concept was embraced by the Power Washers of North America and other contractors who followed Bockman’s leadership in taking on charitable projects on varied scales. “Clean Across America” took a major step forward in 2005 when the home of baseball, Doubleday Stadium in Cooperstown, NY was selected as the site of a comprehensive cleaning project just prior to that year’s annual induction ceremony for the National Baseball Hall of Fame. Even more business owners and industry leaders journeyed to Washington, D.C. in 2006 when Bockman organized a similar cleaning project for the Jefferson Memorial and Lincoln Memorial. Almost a mile of hoses, more than 50,000 gallons of water and six rigs were used by a group of pressure washers to clean the Memorials alone. Bockman not only supervised these endeavors but also took a pressure washing hose in hand to play a direct part in their successful completion. Surprisingly, no one could recall when, if ever, these three aforementioned national treasures had ever been cleaned on such a large scale. Since its inception, more than $250,000 worth of pressure washing services have been donated through “Clean Across America” and more projects of varied sizes will be tackled in 2007 and the years to come. The phrase “points of light” was made popular during George H.W. Bush’s 1988 Republican National Convention Acceptance Address where the soon-to-be president spoke of the need for individuals, groups and businesses to give something back to the world around them.

Received an honorable mention from The Power Washers of North America (PWNA) for a recent community service project in Germantown. PWNA is a nonprofit group of over 450 power washing companies across the nation that have joined together to promote education, environmental awareness, and higher standards for professional power washing.

Henry Bockman helped create the Clean Across America campaign with the help of the PWNA. During the week of July 24-31 power washing companies from all over North America will be contributing their time, employees, and materials to various organizations and groups to work at schools, hospitals, shelters, parks, government buildings, as well as police and fire stations. Teams will help clean accumulated dirt and grime, graffiti, mold, mildew from our public buildings, streets, parks, and other public areas. All work is performed with environmentally safe procedures.

Henry Bockman was chosen for the PWNA Image Award. The award recognizes the most professional image-driven service company from applicants all over the United States and Canada. A beautiful plaque was presented to Mr. Bockman as a part of the national convention of PWNA held in Columbus. 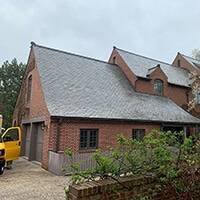 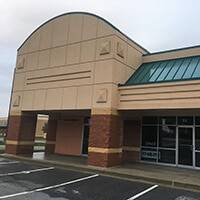 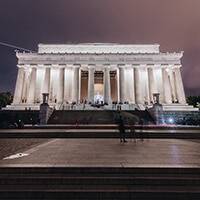 We have cleaned Military bases, federal buildings and some of our Nations most treasured monuments including the Lincoln Memorial, the Jefferson Memorial and the DC Armory and other Properties all over North America. 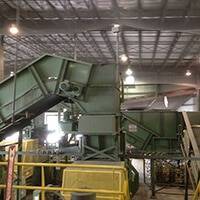 We have cleaned hundreds of facilities including water towers, heavy equipment, aircraft control towers, warehouses, recycling centers and even removed dust from walls and ceiling beams in warehouses and processing plants.